Each weekend, at race venues the world over, there is one rider who gets hoisted upon the shoulders of the crowd and carried to the podium. Or at least leaves with a water bottle as their prize. And between each of those races, innumerable wannabes are putting in the hours on the rollers and in the gym all because they want to feel what it’s like to take the win. They know that to beat the pack every advantage needs to be acquired. That’s where the Blur fits in.

We tapped into everything we’ve learned from years of making the highest quality carbon full-suspension bikes so that we could put as little (weight) as possible into the Blur frame. The trim frame and super-ecient Superlight™ suspension will be the key to translating your input into competition beating performances.

But the Blur isn’t just for the short track. Two water bottle mounts within the front triangle should keep chuggers happy. And the high quality fit, finish and carbon construction promises multi-day racers a worry free existence—meaning there’s no fiddly proprietary parts that could leave you stranded in a Cape Epic or Breck Epic campsite. The carbon frame, while being light, is made to go the distance and as always the legendary Santa Cruz lifetime warranty and Rider Support team has got your back.

The Blur isn’t guaranteed to make you a race winner but being the lightest, full-suspension carbon XC bike we’ve ever made (289g lighter than the previous Blur) it might be the dierence between claiming first place…or just crossing the line. 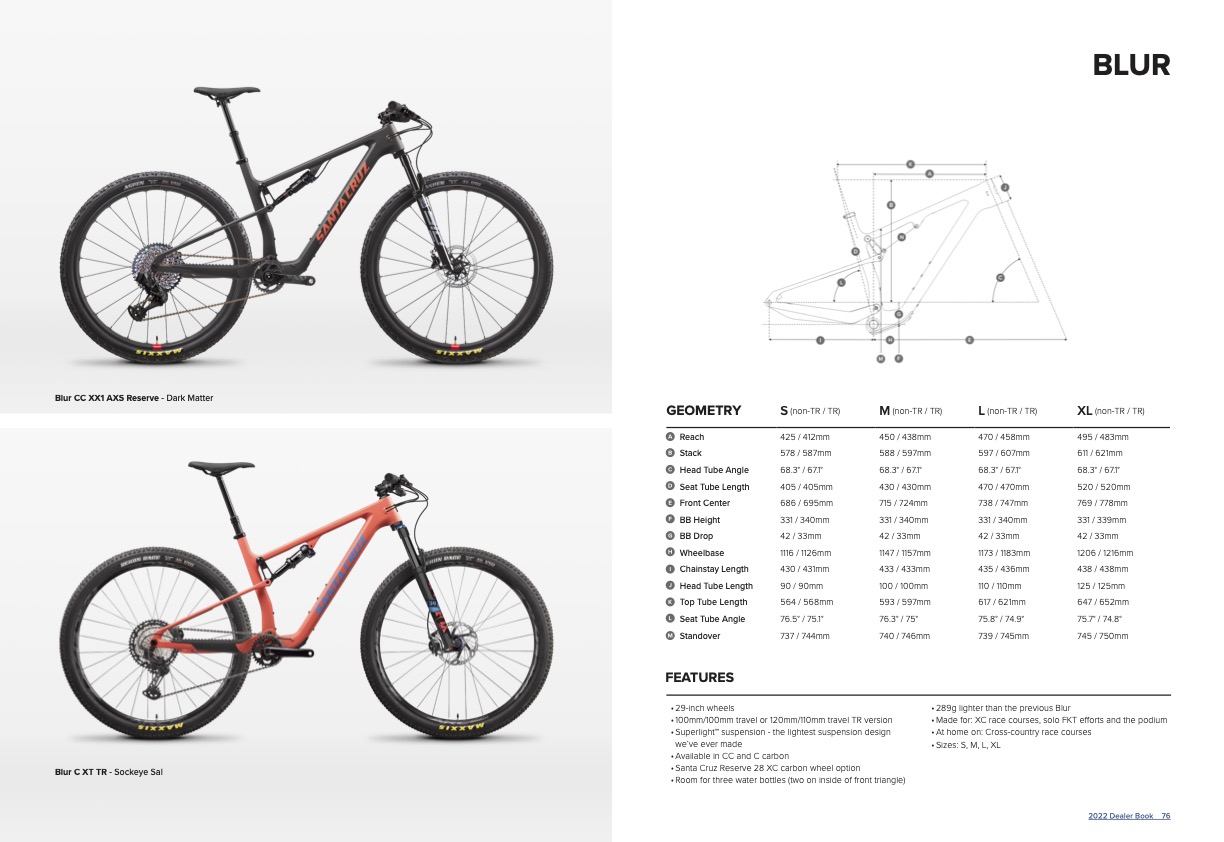